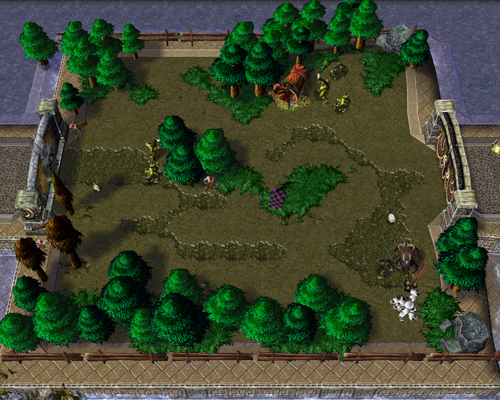 Goal: There are two peripheral camps to deal with. The first, at the entrance, features two healer trolls. They will not pose much of a thread as long as you focus one down, otherwise, damage output may not be enough to overcome their healing.

The second camp has a troll beastmaster and a troll pet. This is a straightforward encounter, but beware of the berserk ability on the pet.

The main objective of the dungeon is to destroy the troll hut. Once you come within range, random assortments of trolls will spawn periodically, diverting your attention away from the

hut. Your party composition will dictate the best approach: heal through the increasing damage of the spawning trolls or take the safe route and kill trolls as they spawn, and damage the hut in between spawns?

ANTI-TROLL: Destroy the Troll Hut while at least 3 enemies are alive.