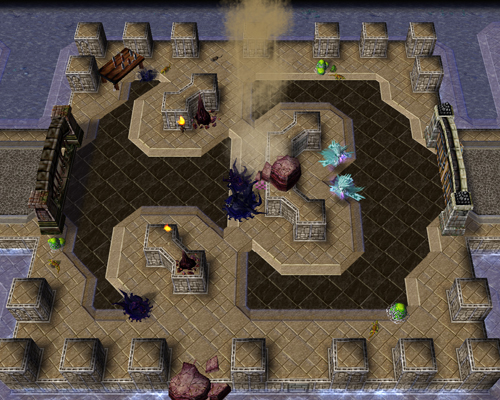 In Egg Hunt, players will scramble about a dungeon attempting to destroy all eggs before they hatch.

Goal:  Players must destroy at least 3 eggs before they hatch. Eggs that do hatch, spawn Crypt Lizards. The Lizards themselves aren’t incredibly powerful, but they pack a poisonous bite that can stop your team dead in its tracks.

Conversely, destroying an egg will apply slowing debuff on the player than lands the last blow. It is important to stagger killing blows wisely in order to ensure that party members can get around to perform their roles as well.

In addition to eggs, players must deal with slimes and banshees. Slimes pack quite a punch, but getting hit by one will transfer any debuffs, so you can use this to your advantage and clear any slow debuffs from killing eggs. Once you have transferred your debuff to the slime, you can kite it and avoid having to fight the slimes directly, as they can be deadly.

Banshees are not targetable, and will not attack you directly, but they will roam the dungeon, wailing randomly, which causes AOE damage.

EGG HUNTER: Destroy all eggs before they hatch.

SLIMED: Transfer a slow debuff to a slime.

BANSHEE TAG: Avoid being hit by a banshee.